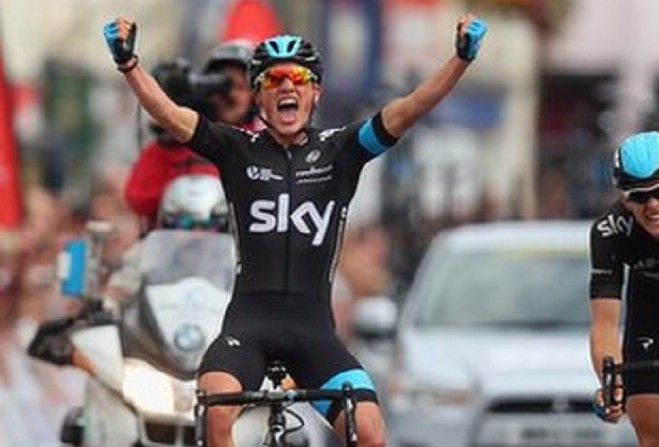 Peter Kennaugh winning the title in 2014

Seven Manx and Island-based cyclists have been selected for their respective teams for the British National Championships, which are taking place on home soil later this month.

Mark Cavendish, Peter Kennaugh and Ben Swift will be in the men's road race, while Anna Christian lines up in the women's race.

Manx riders Cavendish (Team Dimension Data) and Kennaugh (Team Sky) have three British titles between them, the former winning in 2013 and the latter in both 2014 and 2015.

Another Island resident, and former winner, Ian Stannard, has been selected for Team Sky alongside Kennaugh, and Manxman Mark Christian will be riding for Aqua Blue Sport.

Anna Christian has been selected for Drops Cycling's team for the championships.

And Nathan Draper will line up in the under-23 race.