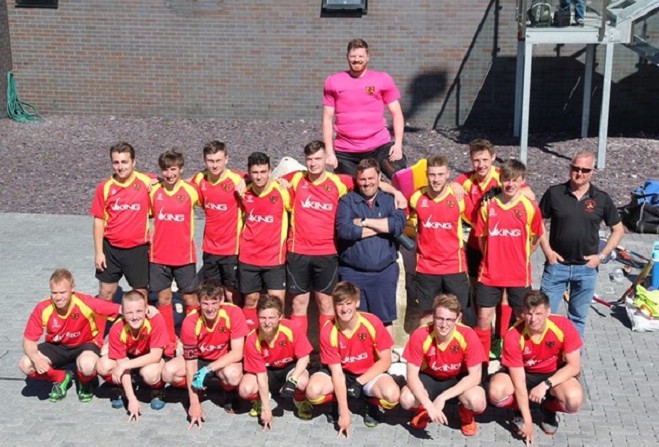 The Isle of Man senior men's hockey team has qualified for the promotion play-offs from the EH B Division County Championships.

It's after two wins and a draw whilst away competing in Fylde at the weekend, where they played four matches.

They began with a comeback win over Cumbria in their opening match, with Andy Whiting scoring two goals as the Island came from 2-0 down to win 5-2.

Whiting was on the scoresheet again in the side's second game, along with Bacchas teammate Jonny Callow, but Northumberland proved too good for their Manx counterparts as they ran out 4-2 winners.

A 3-1 victory over host county Lancashire followed on day two of the event.

Alex Bell and James Harrison were on target for the Isle of Man, as was Whiting who took his tally for the weekend to four goals in three matches.

His red hot form in front of goal - which saw him net 35 times in the PwC Men's Premier League this season - continued into the team's final match against Shropshire.

Finding themselves with a three-goal deficit to overturn, Whiting converted a penalty corner before Harrison pulled them to within one.

With time running out, captain Jamie Brown was on hand to earn the Manx side the point they needed to qualify for the promotion play-offs to the A Division.

They're set to be played in Nottingham on Saturday, 1 June.