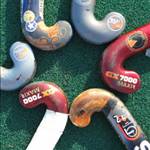 The Isle of Man ladies hockey team finished the weekend with two good wins as they came fourth in the northern section of the County Championship in Wakefield.

They beat Durham 5-1, thanks to goals from Kim Carney (2), Sarah Blackman, Kirsty Cooper and Lou Slater.

That was then followed up with a 3-1 victory against Cheshire in their final game.

Zoe Shimmin (2) and Sarah Blackman were the scorers.

Saturday had seen the team draw one match and lose two.

Skipper Kim Carney was the scorer as they lost their opener 2-1 against Yorkshire.

Katie Errock and Sammy Jordan were the heroes as the Isle of Man shared four goals in an exciting contest with Lancashire.

Errock scored both for the Island and goalkeeper Jordan saved a penalty flick as the match ended 2-2.

They then lost their third match 3-1 against Cumbria.

Imogen Manning scored on her debut in that encounter.