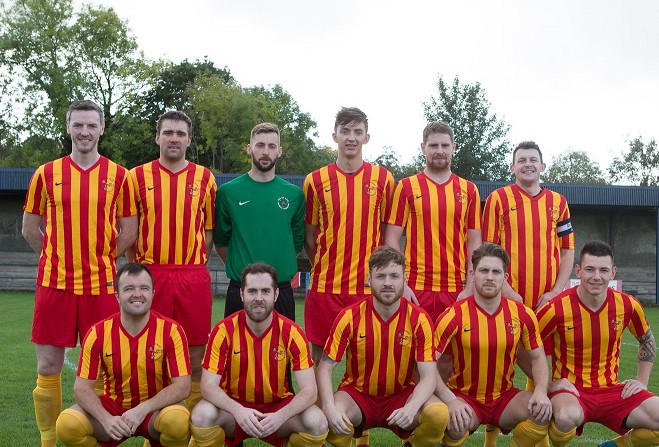 The Isle of Man suffered a heavy 4-0 defeat to Northern Ireland in their second match of the 2017 Umbro Quadrangular Tournament.

Two goals either side of half-time made it a difficult night for Paul Jones' men in Glasgow.

It follows a narrow loss against reigning champions the Republic of Ireland in the tournament opener on Wednesday.

The Manx started brightly and would have likely been boosted by the return of Calum Morrissey to the starting line-up, who'd flown in to Scotland from the Isle of Man on Thursday afternoon.

But despite the Island side forcing two saves from the Northern Irish stopper and a shot that came off the post, Morrissey and co found themselves a goal down after just eight minutes.

Ricky Thompson was the man to break the deadlock as he fired past Sam Holliday in the Isle of Man goal.

The two-time former winners of the competition then took further control when Adam Gray got on the scoresheet to really assert Northern Ireland's dominance.

Two more goals after the break for Harry McConkey's side saw them ease to their first victory of the tournament - going into their final game with the Republic with firm sights on lifting their first Quadrangular Tournament trophy since 1996.

The Isle of Man will have work to do ahead of their next fixture with Scotland on Saturday.

They will have been encouraged by their performance against the Republic - which saw them lose despite a controversial decision not to give what some players believed to be goal from a Sean Doyle header.

Work now begins to prepare for a match against the hosts, who displayed great character to come from 2-0 down to get a point against Northern Ireland in their opening match and get three points against the Republic after a 1-0 triumph at New Western Park this evening.

It means Scotland still have a high chance of lifting the trophy on Saturday, but will have to rely on Northern Ireland dropping points or better their scoreline by more than three.