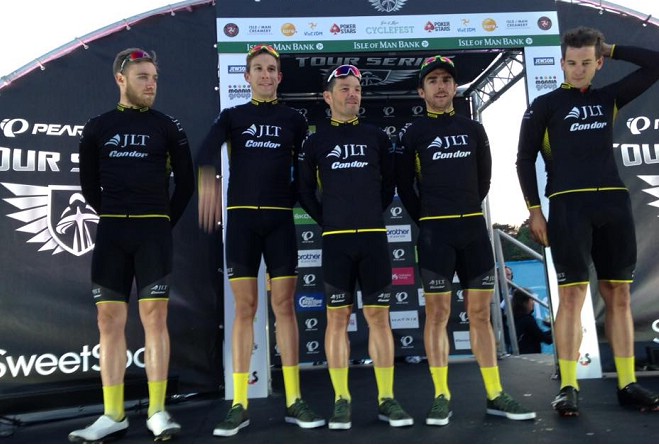 Fresh from winning the team time trial earlier in the day, one of their riders, Chris Lawless then won the evening race, a criterium around the same Mooragh Park circuit in Ramsey.

Seventeen-year-old Manx rider Owen Dudley - a junior who was riding for the Cyclefest team - gave the locals something to cheer by finishing sixth.

He spoke to Tim Glover afterwards: