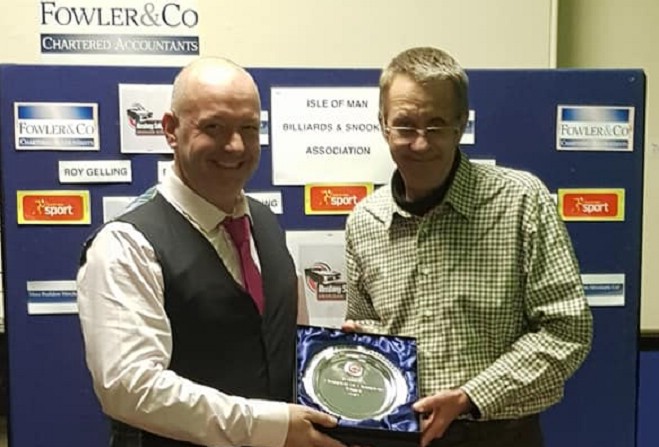 He defeated Sean Corkish 8-6 in a tight final this weekend, held at Finch Hill Bowling and Snooker Club in Douglas.

Played over two sessions, Kennish led 4-3 going into the evening's play, and then won three of the next four frames to lead 7-4, needing just one more to take the victory.

Corkish fought back hard to take the next two, but Kennish quashed any hopes of a comeback to win 8-6 and add another tournament victory to his growing list of accolades.

The highest break in the final was a run of 63 in the third frame from Kennish, as neither player ever really reached full scoring flow.

Professional 8-Ball Pool player David Addinall registered the highest break of the tournament, and the only century, with a 106 in the group stages.

He was beaten in the semi-finals by Kennish, with Corkish defeating Tom Miller, who had a break of 84.