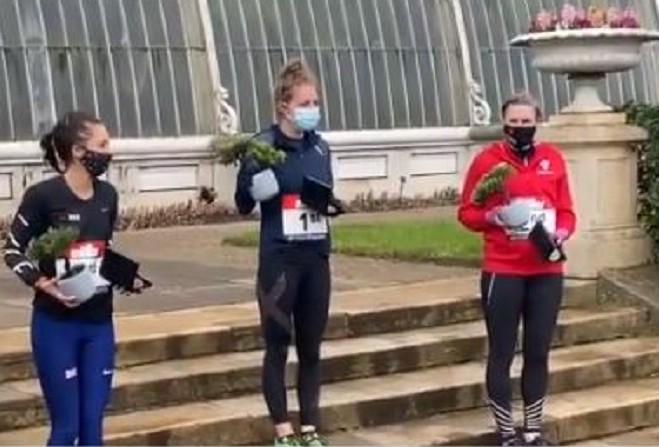 Partington pulls out of marathon event with hamstring injury

There may not be much athletics action on Island at the moment but two race walkers in our midst have recently been striving for Olympic qualification across the water.

Erika Kelly and Tom Partington competed infront of a world audience on Friday morning in the British Athletics Olympic selection trial for both the 20k race walk and marathon.

Held in London's Kew Gardens, the event was elite-only with competitors only allowed to compete after being formally invited.

It was a bitter-sweet return from injury for Erika, who has recently been out with a knee injury.

With hopes of finishing higher, Kelly placed third in the 10k after receiving a two-minute penalty.

You can see Erika on the winners podium here.

Unfortunately, Tom had to stop in the second half of the marathon with a hamstring injury.

He's currently staying on in the UK, where he's getting stuck into an intense training block based in Leeds along with fellow Manx athlete David Mullarkey.