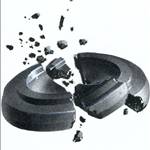 The targets were dancing in the blustery, bright conditions, but that didn’t affect Nigel Kelly, who shot a 25 straight, with one second barrel.

Bob Wright dropped his second target out for a 24/71.

Kelly shot another 25 in the second round, needing his second barrel twice for a 73, which meant he led at the halfway stage with a score of 50/147.

Kelly picked up again for the final round, missing his penultimate clay for a 24/71, a score that could have been matched by Wright, but he missed early in the round to also finish with a 24/71, which gave Kelly the win.

This Saturday the club will host the Pheasant Flush Manx Championships at 1pm and Sunday morning’s shoot is 50 English Skeet.