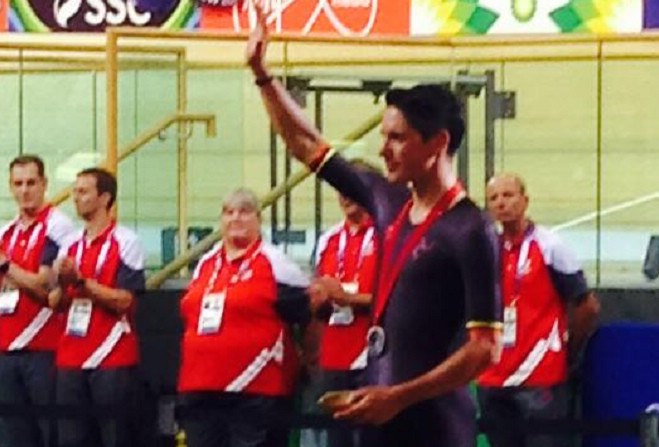 Peter Kennaugh won silver at the 2014 Commonwealth Games in Glasgow

Isle of Man rider Peter Kennaugh has confirmed he will miss the Commonwealth Games in Australia in April.

The 28-year-old Manxman won the Island's only medal at the Glasgow games in 2014, a silver in the 40km points race.

Kennaugh, who recently left Team Sky to join the Bora-Hansgrohe team, will instead participate in the Ardennes Classics.

He said: ‘Unfortunately I won't be able to compete at the Commonwealth Games as they clash with the Ardennes Classics which are races I am targeting this season.

"I wish all my (Isle of Man) team mates the best of luck and I'm sure they will bring home some medals.’

"The start of the professional cycling calendar coincides with the Games in Australia so these clashes are inevitable. We fully support Peter and wish him every success.’

Kennaugh is also taking part in next week’s Tour Down Under.

The six-stage race starts on 16 January.