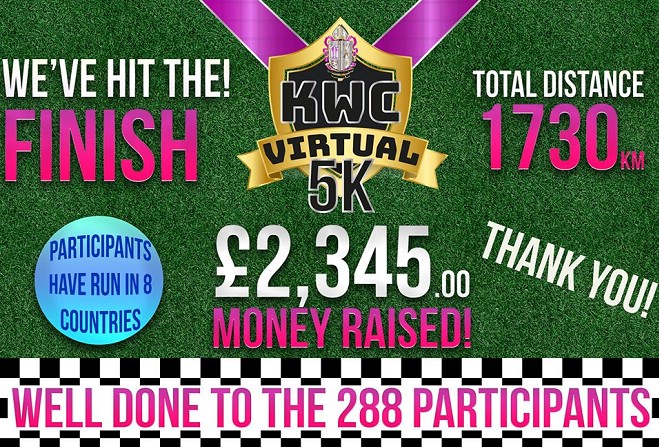 Initative extended by 24 hours due to high demand

A local secondary school has helped raise more than £2,000 for the Friends of Noble’s Hospital by taking on a 5K challenge.

Runs were recorded through run trackers and selfies, with some participants including staff and parents going head to head in the KWC House Runathon.

Anyone who wants to donate can do so on the Just Giving page, the link to which can be found here.