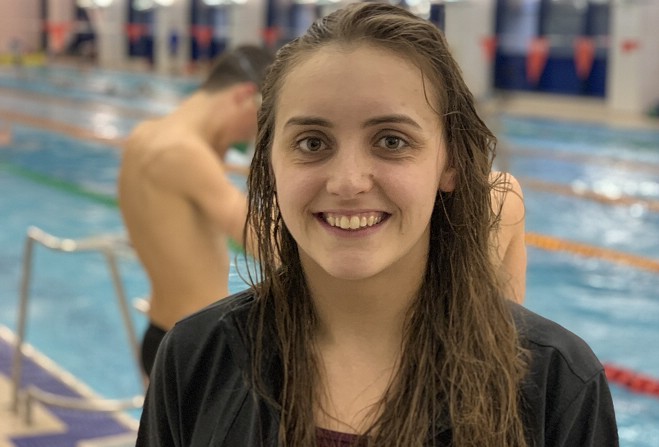 Swimmer Laura Kinley registered a season best to qualify for the Women's Open 50m Breaststroke Final at the British Championships in Glasgow this evening.

Her time of 32.10 seconds earnt a seventh-place finish in the 23s and Under classification, two tenths faster than her previous best time.

It means she'll take on Commonwealth Games gold medal-winner Sarah Vasey in the final in Scotland.

There are also representatives from Stockport Metro and City of Leeds SC lining up alongside Kinley in the showdown event later.

A number of Manx swimmers are involved in the Championships, including Olivia Marshall and Joel Watterson - both of whom were recently selected for the Isle of Man team for the Island Games in July.

2018 Sportswoman of the Year Charlotte Atkinson is also involved, however, is competing for Loughborough University.

First in action today was 22-year-old Kinley, who was part of the Island's first ever women's relay team to compete at a Commonwealth Games last April.

The eight-time Island Games medallist has laid down a marker for the rest of the Manx swimmers involved in the event in Glasgow.

You can watch Kinley in the Women's Open 50m Breaststroke final from 6.30pm this evening when it's live streamed on the British Swimming website.