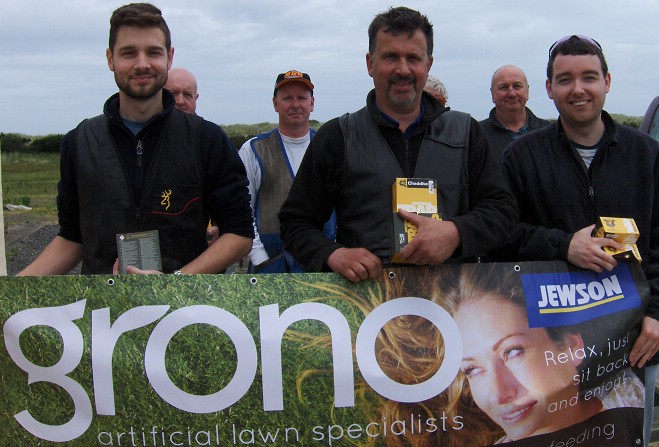 Winners of the DTL League at Blue Point

He triumphed in a three way play-off against Kevin Oates and Alan Wade.

They initially tied on 78 points before Kneen proved to have the best nerve with 23 in the shoot-off, his best round of the day, to be crowned 2016 Island Sport Trap Champion.

Paul Mihailovits was fourth on 75 points.

Next week is the next round of the Tower Insurance DTL league.

Meanwhile, Ayre Clay Target Club hosted the fifth round of Jewson’s Down the Line summer league at Blue Point on Sunday.

The strong winds made for difficult targets, a factor which was reflected in the scores.

This weekend is another busy one.