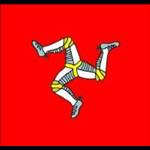 The Isle of Man's ladies' football team is kicking off against Bermuda about now (3pm), in the play-off for third and fourth place in the Nat West Island Games in Rhodes.

Gill Christian and her players will be keen to make up for last night's controversial semi-final defeat at the hands of Aland, which saw the Manx skipper sent off and then reinstated before a ball had been kicked!

That followed an extraordinary row over kits, which resulted in the Manx players taking to the field wearing training tops with no numbers.

Gill was accused of throwing one of those training tops at the Orland skipper.

In this recording, made by Sports Editor Tim Glover, she can be heard protesting her innocence, with the words 'referee, I didn't throw it at her'.

Isle of Man Team Manager Keith Lunt can also be heard urging the referee to 'stand up and be a man' and reverse his decision (audio file attached):

The result of this afternoon's third and fourth placed play off will be on The Back Page on Manx Radio this evening.