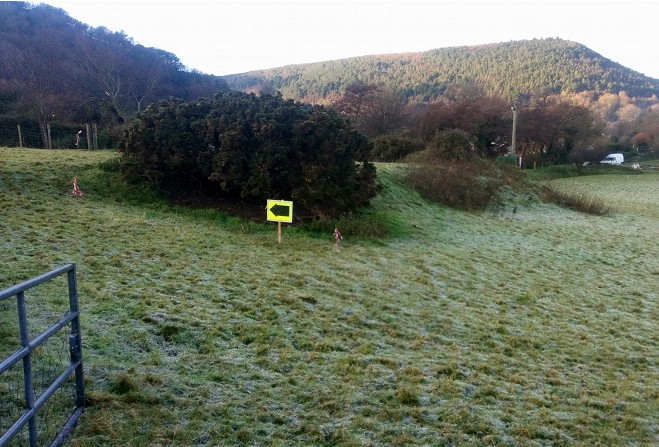 The final two race starts of the day on Sunday (6) were about ten minutes apart and covered all categories from U13 upwards, including the Short Course competitors.

Leading the way in the U17 men were Ryan Corrin and Charlie Swales, with Charlie Arculus, George Salter, Freddie Griffin and Oliver Condon going well in the U13 boys, and there was a close contest between Holly Salter and Abi Clayton in the U13 girls. Mia Dunwell and Keira Heavey lead the U17 and junior women’s races, with Peter Bradley, Dawn Atherton and Helen Taylor going well in the Short Course.

Most of the competitors are seen negotiating one of the longest and toughest climbs to be found on any cross-country course. The leading seniors included Ollie Lockley, Alan Corlett, Ieuan Owen and Will Draper, with Ashleigh Lachenicht leading woman ahead of Laura Dickinson.

Lucas Stennett, Sam Perry and Charlie Teare were separated by only three seconds in the U15 boys’ race, but things were more comfortable for Macy Hillier in the girls’ race with a convincing win. Race walking specialists Mia Dunwell and Keira Heavey proved their ability as endurance athletes with victories in their respective categories.

Ieuan Owen completed his three laps in the Junior Men’s race with only the three leading seniors ahead of him, while Corrin Leeming did an extra lap and still finished with only these three ahead of him.

The two senior winners, Ollie Lockley and Ashleigh Lachenicht, are seen together towards the end of the race although on different laps.

In second place behind Ashleigh in the women's race was the ever-consistent Laura Dickinson, and Caroline Caren demonstrated her fell running prowess on the Crossags hills with an excellent third place just ahead of Lisa Dunwell. Less than a minute separated the next six, with the top ten being completed by Carol Brogan, Niamh Goddard, Jayne Farquhar, Maggie Watkins, Jan Gledhill and Emma Atkinson.