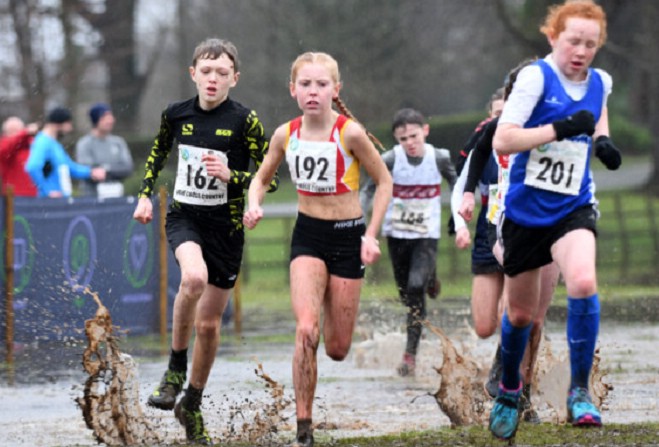 Runners from clubs across Island will compete in Blackburn this weekend

More than thirty Manx athletes are readying themselves for one of the first big competitions of the new year: The Lancashire Cross Country Championships.

Athletes from Manx Harriers, Northern AC, Western AC and Manx Fell Runners, along with officials and supporters head to Witton Park in Blackburn today (Sat) for the annual contest.

As well as individual honours, there is also the opportunity for team glory in several of the age categories.

Northern AC have a team of four in the U13 boys race, with the same line-up that won the silver medal last year when Sam Perry, Cian Howard, Charlie Teare and Lucas Stennett were in their first year in the age group.

In the youngest age group, Manx Harriers have a four-strong team in the U11 girls race, with Abi Clayton, Kayleigh-Dee Corrin, Summer Craig and Abi Sinclair all taking part for the first time.

Manx Harriers have teams in both senior races, with the women's team attempting to extend a wonderful record of six successive victories.

The men's team for Manx Harriers requires six counters from the nine athletes entered, with the counters including those in the U20 category.

David Mullarkey will fancy his chances in the U20s and may well challenge strongly overall, while Alan Corlett should also go well provided he has recovered from the illness that forced his retirement from the Ribble Valley 10k last weekend.

A feature that adds depth to these championships are the medals in the veteran age groups, and Carly Craig, Gianni Epifani and Andy Watson will all be competitive in their respective categories.

Andy Fox races in the 60 age group for the first time and will hope to add to his medal tally over the years.

With athletes of the caliber of Macy Hillier, Ella Crowe, Ryan Corrin and others in the younger age groups there are high hopes of a successful day in Blackburn on Saturday.