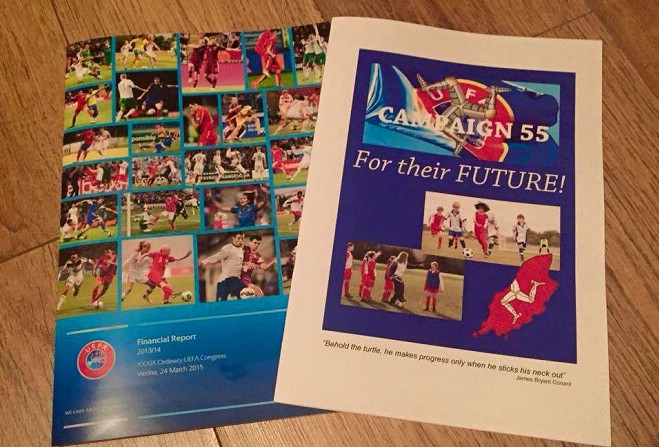 Campaign 55 document being sent to all Tynwald members

Following the news earlier this week that Jersey is to make a bid to join UEFA and play international football - could the Isle of Man be about to follow suit?

Manx Radio has seen a document called "Campaign 55 - For their Future" which is being sent to all Tynwald members today.

It puts the case for the Isle of Man applying for UEFA membership.

The document sets out the need to obtain Isle of Man Government approval in principal for Campaign 55.

It seeks assistance from the Department of Economic Development to produce a detailed report on UEFA membership, including funding requirements for a successful application.

The views of all interested stakeholders will be taken on board.

If progress is made with Government, the proposal will go before the Isle of Man Football Association and its 26 member clubs to either proceed or not with a full application for UEFA membership.

The Island is currently affiliated to the English Football Association and classed as a county.