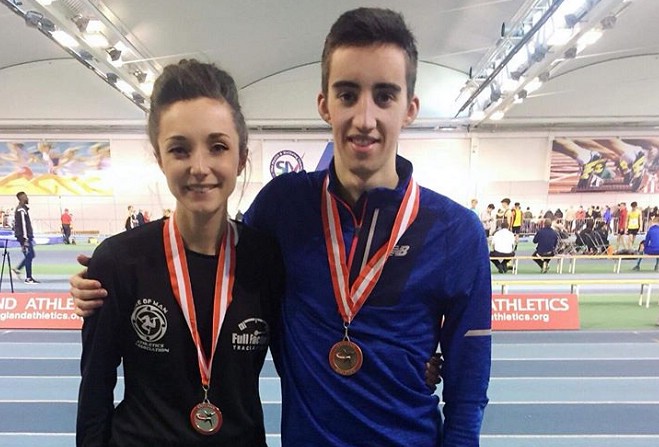 Manx athletes had a successful time at the England indoor 3km Race Walking Championship in Sheffield.

Erika Kelly finished in second place and recorded a new personal best of 14 minutes and one second – an Island senior women’s record.

There was also success for Tom Partington who claimed third place and a new indoor PB in a time of 12.47.

Closer to home, Jane Artz was the winner of the latest round of the Up and Running winter walking league at Ronaldsway.

Angie Robinson (53.32) was the leading finisher in the 5km event from Ron Ronan and Louise Cowell.

Sharon Cain was the quickest in actual time.