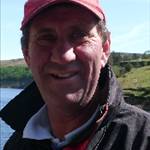 Racing was held inside Chichester Harbour where an understanding of the strong tides was crucial in the light winds experienced by the sailors.

The ‘Sport’ fleet saw a record entry of 64 boats which made for some exciting and very close racing.

Greg Kelly had an excellent start to the regatta with top three finishes in the first three races and a 14th in race four, which left him lying in second place overall at the end of the first day.

After a win in the first race the following morning he struggled to get clean starts in races six and seven, but found his form again and finished fifth in the final race of the series.

Discarding races six and seven left Greg with a 14th to count toward his total which put him in fourth place overall.

This is an outstanding result in such a big fleet, where getting off the start line with any clear air is incredibly difficult.

Also racing in the Sport fleet were Ffinlo Wright and Ben Batchelor.

Both boys scored some good results during the weekend with Ffinlo finishing sixth in races six and eight.

Ben’s best result of the weekend was 12th place in race six, an excellent result for his first time at the Nationals.

Overall Ffinlo finished 16th and Ben 26th, at age 11 and 10 respectively, both showing great promise for the future.

The RS Tera ‘Pro’ fleet saw 24 entries including Manx girls Izzy Sharpe and Amie Shute, with both girls finishing in the top ten.

Sports Aid Foundation recipient Izzy Sharpe had a good start to the series with a fourth, fifth and sixth in the first three races before suffering a broken rudder in race five.

After discards Izzy had a top ten score in all her races, finishing as the top girl in the fleet in fifth place overall.

With her commitment and dedication to training paying off, Amie put in her best performance at a major regatta to date.

She finished third in race two and fifth in race eight, and took an early lead in race six, only to be pipped at the post to finish in second place.

Amie finished in a well-deserved seventh place overall and second girl in the fleet.

Both girls will compete in the Pro fleet at the RS Tera World Championship in Denmark this summer, while Greg and Ffinlo will sail in the Sport fleet.

The light winds this weekend at Hayling Island have been a good testing ground for the likely light airs competition in Denmark.

He said, "They have been a credit to themselves and the squad; they were very determined in tough conditions, kept their focus and they’ve achieved results to be proud of."