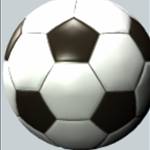 Mark Cavendish may have missed out on the green jersey but was unstoppable as he won the final stage of the Tour de France 2010 in style.

The 'Manx Missile' sprinted to victory for the second year running on the Champs Elysees for his fifth stage victory of this year's event and his 15th stage success in just three years.

Although Italian Alessando Petacchi was the second man over the line, picking up enough points to win the green jersey, it could not detract from another Cavendish super show.

After the race he said: 'I didn't have to improvise too much. I always had guys looking after me. We had Tony Martin in the break and Bernie Eisel kept me on the side of the lead-out train and on the last lap there was a lot of energy, going round at 65kph. All of a sudden I saw Tony (Martin) up ahead which was great because I thought he was out. He took me from 800m to 600m and on to the back of Petacchi's wheel. His sweeper tried to knock me out but I stayed strong. After that it was just a case of when I was going to kick. I could have gone a bit earlier but I am really happy with the way it finished.'

Spaniard Alberto Contador won the Tour for the third time in four years, clinching the yellow jersey as overall winner ahead of Andy Schleck.