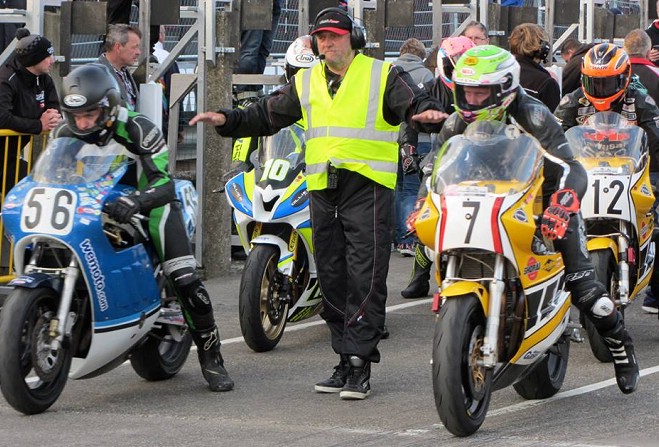 The Senior at the Classic TT is set to be another hotly-contested race.

Almost 90 entries have been received for the race with the number one plate again taken by 23-time TT race winner John McGuinness.

With Ryan Farquhar continuing to recover from the injuries he received at this year’s North West 200, McGuinness has a new teammate in the race, with his regular Honda Racing partner Conor Cummins lining up on the second Winfield Paton.

The Manxman will have his usual number ten plate.

Dean Harrison took the victory twelve months ago on the Black Eagle Racing MV Agusta, and is back with the same machine at number 12 again.

The Welshman, who won the race in 2014 on the Giovanni Cabassi/Flitwick Motorcycles Paton, sets off at number five on the John Chapman Racing machine.

Regular competitors Team Molnar are missing from the entry list, which means Michael Dunlop (3) is still looking for a ride.

The Davies Motorsport duo of William Dunlop (6) and Alan Oversby (8) continue on Honda machinery for the fourth successive year.

Michael Rutter (4) set the fastest ever Mountain Course lap on a British single-cylinder machine in 2014 with 109.102mph before retiring when leading.