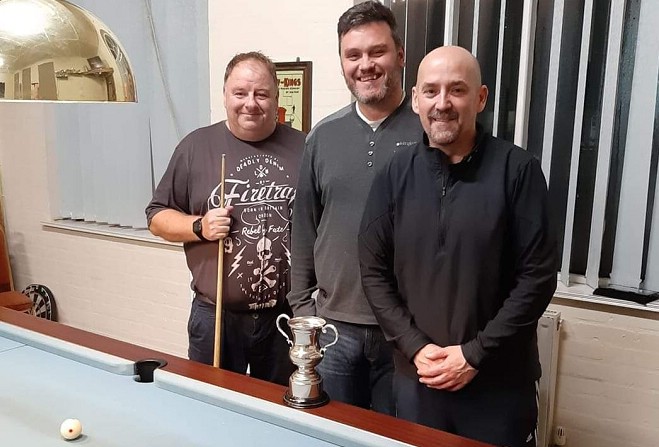 Tom Miller has successfully defended his Isle of Man FA Cup of Pool title - his third victory in the annual event.

The handicapped competition is contested over a first-to-nine-frame format, with less-experienced players given as much as a six- or seven-frame head start.

Miller, who plays off the lowest possible handicap (zero), defeated 2013 winner Garry Christian 9-6 in the final, despite Christian starting 3-0 up.

The pair had beaten Shaun Roberts and Jonny Hogg - both of whom had handicaps of three - in their respective semi-finals.

In a field of more than 60 entrants, Teresa Evans was the best female player, narrowly losing out in the deciding frame against David Hill in the last 16.

Onchan MHK Rob Callister looked to have recaptured some form of old, but was beaten 9-7 in the quarter-finals by eventual champion Miller.

Christian and Hogg split the ‘Giant Killer’ prize, as both defeated scratch players over the course of the tournament.

The event was held over three days at the Manx Legion Club in Douglas.