Mixed enduro fortunes for the Knights 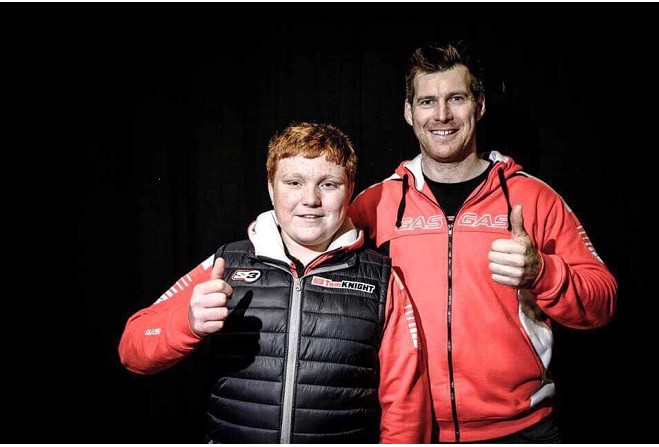 Eighth for Tom, injury for David

There were mixed fortunes for two Manx riders at the fourth round of the FIM SuperEnduro World Championship in Bilbao, Spain, this weekend.

Tom Knight managed eighth overall in class in his first SuperEnduro, but his uncle, David Knight, dislocated his thumb while trying to avoid another rider on some rocks on one of the tests.

He had finished sixth in heat one, then second in heat two.

Tom says he had a bad first final, then in the second final he got the hole shot and lead for two laps.

He crashed on the rocks so dropped to eighth but says he was happy enough with his final position overall.