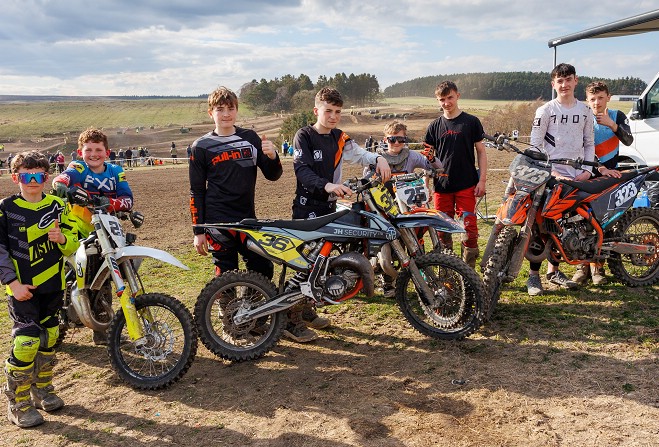 Beau Brown took wins over both days but just couldn’t get the better of British championship rider Arai Alcock and had to settle for 2nd of both Days.

Ethan Blackley rode extremely well and had some great battles finishing well within the top 10 on both days.

Travis Meechan put the hammer down in the BW85 class with both Harry Shand and Josh Blackley not far behind.

Travis finishing 5th of Day 1 and getting and impressive 2nd of day 2.

Harry Shand also bagged a 7th and a 3rd with Josh Blackley getting inside the top 10 on both days.

Toby Lang, Marley Meechan and Leo Gray were all out in the SW85cc class and improved dramatically over the 2 days finishing within the top 30 on both days.