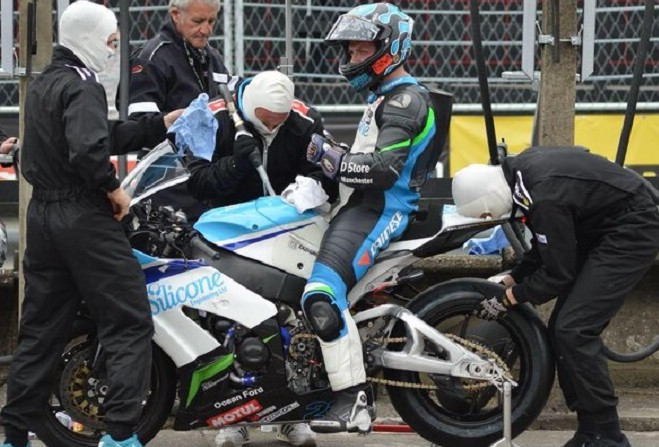 Russ Mountford has announced his retirement from road racing.

The Wigan rider made his Isle of Man debut at the 2007 Manx Grand Prix, and went on to become a regular competitor at the TT.

He was badly injured at this year's Macau Grand Prix, where he was making his debut.

Among his injuries, he shattered a fibula and tibia and ended up with, as he has put it, a 'destroyed pelvis', which required a seven-hour operation.

Taking to Twitter this morning, Mountford said the op had been successful, but his surgeon has told him it would be three to four months before he could even start to walk again, which he says means the 2016 season is already over for him.

His surgeon has told him even the smallest of crashes could result in problems with the metalwork in his pelvis and result in him possibly never walking again.

Mountford says he has more than achieved his goals in his road racing career, and that it's now time to be with his family and move on to the next chapter of his life.