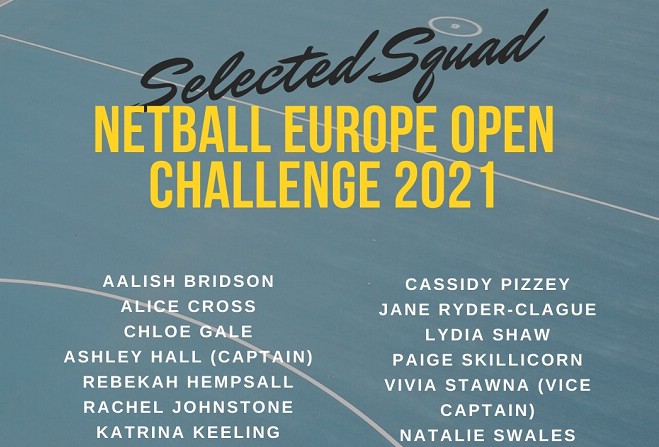 Senior squad to compete in Gib from 7-10 Oct

The IOM Senior Netball Squad - also known as the Manx Rams - are heading to Gibraltar on Wed (6 Oct) for the long-awaited Netball Europe Open Challenge. (7-10 Oct)

It'll be the team's third time competing in the tournament - they got silver in their debut on the international stage back in 2017, then went onto win the tournament in front of a home crowd the following year.

Since then, the competition has been affected by the pandemic, with this one being postponed from May.

The squad will be taking on both new and old opponents as well as battling 11th in the world Northern Ireland for ranking points.

The excitement continues in November when the Island hosts the U21s Netball Europe Challenge at the NSC for the first time from 12-14 November.

You can keep up to date with information on both tournaments and find out where to watch the live streamed games on the Isle of Man Netball Facebook page.