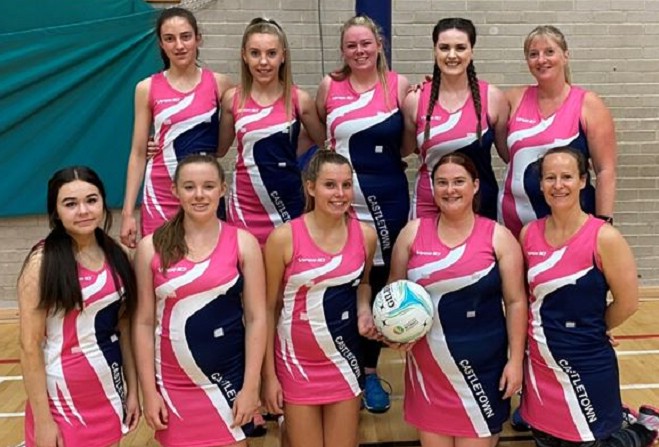 Simcocks Blue took on Thompson Travel 1 in the Newfield Senior Premiership League 21/22. The first quarter was a tight battle to try to take an early lead, with shooters from both sides starting strong. In the end Simcocks lead by 1.

In the third quarter, Thompson began to fight back with mid court Ella Crowe C, Fern Christian WA and Mika Chen WD linking up well to bring the ball up smoothly to Kym Hicklin GS and Alice Cross GA who were shooting from any distance within the circle comfortably. Simcocks Claire Mason WD made some crucial interceptions that ended the quarter 24-24.

The fourth quarter which saw Thompsons defence working hard and their shooting becoming more consistent, resulted in them taking the lead. Simcocks fought to get in front and in the end ran out of time, meaning the victory went to Thompson, 36 goals to 34. Player of the Match deservedly went to Alice Cross who shot phenomenally and missing little to nothing throughout the game

Young Farmers got off to a strong start in this match, with some great attacking and defensive play throughout the team, which took them ahead 12-2 by the end of the first quarter.

Simcock’s really upped their game in the second quarter putting pressure on Farmers, causing them to make simple mistakes. Simcock’s took advantage and won this quarter closing the gap on the score line to 19-11.

After the half time break, Farmers once again took control and were able to slow down the play and started to work the ball round the circle more consistently, allowing their shooters Sam Curphey and Nicci Cain to convert their shots. Farmers led 32-16 at the end of the third quarter.

In the final quarter, the goals were fewer however, Farmers had firmly secured their win and the final score ended 39-17 to Farmers. Player of the match went to Young Framers GA Nicci Cain, which was very well deserved as she played a brilliant match.

Coming into this game both teams were vying for the win after a loss for both sides last week.  Panthers had the first centre. Both teams struggled to settle into the game with mistakes on each side allowing Marbree Missfits to take an early lead. The Panthers soon found their feet and moved ahead supported by a formidable defensive pairing in Robyn Millar GK, and Jess Edmonds GA, with their height making it hard for the Marbree Misfits attack to get the ball into their shooters for the remainder of the first quarter. Scoreline standing at 6-3 to the Panthers after the first 12 minutes.

Changes seemed to unsettle the flow again slightly for the Panthers, allowing Marbree Missfits to regain some ground helped by a strong presence in their attacking end and a change of play style with a new GS. The Panthers held their 3-goal lead ending the first half 13 - 10.

Panthers moved GD to GA taking that height advantage from the defensive circle to the attack. Making the most of interceptions by their GD Marbree Misfits managed to turnover a couple of the Panthers centres, but on target shooting from Danielle Kelly GS meant the Panthers kept ahead 24 - 15.

The final score was 36-21 to the Panthers and a very well deserved POTM for Helen Gibson.

The second quarter saw Vikings come back fighting, and their teamwork was shown all through the court. Thanks to a few key interceptions from Vikings’ centre, Sofia Doulgas and some solid shooting, from Macy Hillier (GA) and Alicia Hide (GS) saw Castletown Vikings close the gap and were able to take this quarter. This saw the first half finish 12 – 8 to Ballasalla.

Quarter three saw some changes from both teams. Vikings took a few minutes to settle into their new positions and Ballasalla were able to stretch their lead to 9 goals. Both teams worked hard to fight for the ball, and this saw a few turnovers before a goal being scored by Vikings. The final quarter was being played goal for goal. Both teams had settled into the game and had some fantastic passages of play. Vikings and Frosts dug deep to finish this fast-paced game and drew 7-7 in the final quarter. Ballasalla won the game 27-18 with their defender Brintha Yasodaran taking a well-deserved Player of the Match.