On Air Early Breakfast Chris Williams | 5:00am - 7:30am
Mike And The Mechanics - All I Need Is A Miracle Download 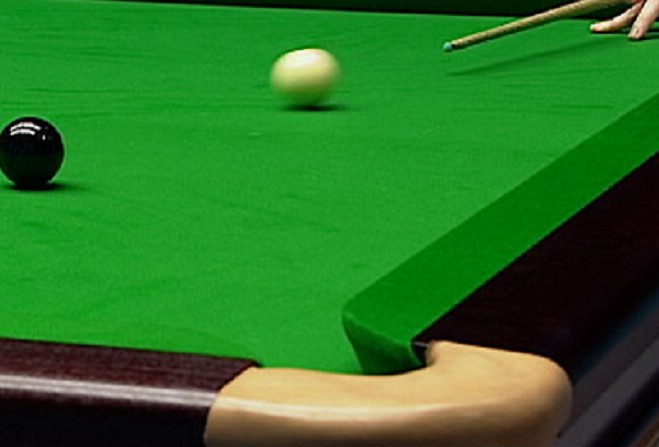 Week seven of the Macs Builders Merchants snooker league saw leaders Newbys DSC travel to Finch Hill and take on reigning champions the Mob. The first frame went to the away team with Adam Dooley continuing his fine debut season defeating an off-form Peter Crellin 78-35. A tactical battle followed with Tom Miller facing Calum Gardner, the black covering a corner pocket and surrounded by reds. In the end it was Gardner who came out on top and maintained his unbeaten record 70-38. Steve Finnegan was tasked with keeping the Mob in the match and although it was close, Ste MacDonald pulled away in the closing stages and took it 57-25. The Mob’s Steve Oates couldn’t stop young Zain Abideen in the fourth either, with Abideen now down to a 14 handicap playing some good safety on the colours to make the scoreline 4-0 taking it 73-48. Lee Hunt did at least salvage a point for the Mob narrowly overcoming Simon Gardner 66-57. Another win for Newbys DSC against top opposition puts them a handy three points clear at the top. With a third of the season gone they are looking like serious title contenders. The Mob slip one place to fifth.

The one tie at Douglas Snooker Club saw the Hurricanes up against Malew 1. This ended as a 4-1 win for the Hurricanes but it could have been so different. Four of the five frames went at least to the final pink. Jamie Wilson took the first for the Hurricanes 68-54 from Eric Drinkwater. Chris Dagnall, having a good season and back down to scratch handicap made it two, 81-56 over Tom Collister. Malew’s Nick Crouchman tells me his frame against Nigel Kermode went a full seventy minutes before Kermode potted an absolute cracker doubled black, one for the snooker purists! Lee Butterworth played well in his match against Tony Cubbon coming out on top 60-27. John Faragher saved Malew from a whitewash with a 52-45 win against old foe Steve Munk. The Hurricanes move up to fourth with Malew 1 down in tenth.

Struggling Finch Hill Young Guns shuffled the pack this week and turned up at Peel Legion with a much changed team. Mike Crook took the first on the blue for Peel 63-39 from Michael Lowe, who although being new to the league didn’t make it easy and potted a few nice balls. Paul Tangeman levelled for the Young Guns belying his 49 handicap on this occasion, comfortably running away 86-10 from Don Humphries. Frame three saw Peel’s John Kelly receiving a 49 start against multiple island champion and ex-pro Darryl Hill. Kelly was still 40 ahead when Hill, trying to play safe and split the pack of reds went in off. Kelly, unsure whether to put Hill back in or attempt one of several tricky pot options took the brave choice, missed and then had a long sit down. Hill made it look easy in amassing the highest league break so far this season of 61, only breaking down when trying to get from blue to the final red. Hill sealed the frame 95-59 with another 20 break, clearing yellow to pink. Peel’s Jim Caley forced the decider with a pink ball victory in a scrappy but entertaining 67-59 win over Chris Nash. The final frame between Geoff Hall and Dolin Mercer was nip and tuck all the way and sure enough went to the black. Hall going for an outrageous cut along the bottom cushion somehow over-cut it and left the ball hung deep in the jaws, one more wobble and it would have dropped. Mercer duly knocked it in and claimed a 3-2 win for the Young Guns, their first of the season. Young Guns remain bottom and Peel stay third.

At Malew, Alec Oates v James Teare got things underway in the Malew 2 v DSC Wannabes encounter, Oates registering a 79-44 home win. The remaining frames were even closer Tony Pring putting Malew 2 further ahead 53-38 over Steve Cowin. Just two points separated Paul Bridson and Wannabes Paul McKinstry, the latter prevailing 49-47. David Quayle confirmed the home win with a re-spotted black win 56-49 over Fred Corris. The final frame went to the Wannabes with Stephen Harvey 81 to Mark Quinn’s 66. A 3-2 win for Malew 2 leaving them mid-table. The Wannabes stay one off the bottom following their 4th single frame defeat of the season.

Finally back to Finch Hill for the Musicians v Rockets derby. Rocket Matt Radley made his first appearance of the season and in the early stages it showed, but eventually he found some form and importantly his best pot of the night was on the black to take the frame 61-48 from Mike Doherty. Musician Peter Glover then took on Marek Kenny. In the early stages Marek was in danger of running away with the frame until Peter hit a very tidy 24 break. This only spurred on Marek and Peter conceded on the pink, 96-44 to Marek. The only scratch frame of the night saw James Hynes from the Musicians taking on Graham Ashton and it was the latter who scored most heavily including a 21 break and despite some good snooker attempts Graham eased over the line 67-32 to put the Rockets into a 3-0 lead. Next up was the big one we were all waiting for, John Kennish taking on Paddy Delaney. The only question was which Paddy would turn up! Early on, it was the Paddy of old making the most of his scoring chances and John was unable to find his usual potting form but somehow managed to stay just in touch albeit he was 40 points behind at the start of the colours. Unbelievably, Paddy went in-off twice and hit the pink when getting out of a snooker which meant that John was still in the hunt until Paddy potted the pink to take the frame 77-64. Matthew Dodd then took on Ken Kinrade trying to avoid the whitewash and he was able to keep Ken at bay at the start with some fantastic single ball pots and good safety. Ken eventually found some form and dragged himself back into the frame and after potting the blue and pink he left himself with a difficult black with the rest down into the yellow pocket. Unfortunately the black only just troubled the pocket and it rolled towards the green pocket leaving Matthew with quite a difficult cut which he duly despatched without a second thought to save the Musicians from the dreaded whitewash 76-64. The Rockets win 4-1 and move up to 6th with the Musicians a point behind.