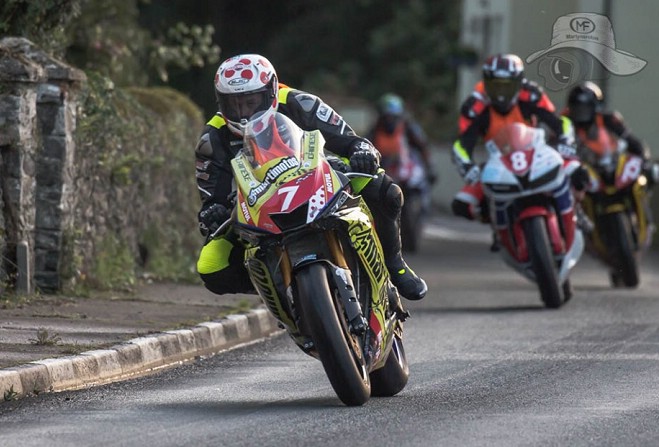 Newcomers to the Manx Grand Prix took to the course as three races in one took place this afternoon.

Pierre Yves Bian took the plaudits in the Newcomers A, becoming the first Frenchman to win at the Festival of Motorcycling.

Sam Mousley finished 16 seconds behind him as runner-up and Alan Brookes rounded off the podium places.

In the B race, Mark Kirby was the winner by a clear margin, more than five minutes ahead of Rob Cairns and third-place David Stiff.

Meanwhile, Andrew Jackson claimed the chequered flag in the C race, a minute up on Adrian Skaife and Honda rider Pete Gibson.

Newcomer A winner Bian was overjoyed when he spoke to Manx Radio at the finish:

Following the race, practice sessions for the MGP took place.

James Hind unofficially broke the Junior lap record during one of them, as described by Tim Glover: