On Air Carnaby Street Chris Williams | 8:30am - 10:30am
Animals - House Of The Rising Sun Download

No shocks in FA Cup 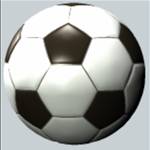 Ramsey Youth Centre came close but there were no shocks as the road to the Bowl began on Saturday.

The Second Division side pushed Union Mills all the way before going down 2-1 at Garey Mooar in theCu Plas FA Cup Preliminary Round got underway.

But the top flight side emerged triumphant with a Sam Cain goal.

Elsewhere, Old Boys went on the rampage at Douglas and District, winning 9-1.

The Premier League side led 7-0 at the break in a one-sided contest.

A hat-trick from Liam Buckley, plus goals from Callum Stewart (two), Dean France (two), Craig Stewart and Gary Quirk sealed their place in the first round.

League champions St George's progressed at the expense of Division Two Douglas Royal with a 4-0 win at Noble’s Park.

Two goals from substitute James McStay and one apiece from Andrew Newton and Chris Bass junior secured their progress.

The gulf between the top flight and Division Two was also evident at Billy Goat Park as Colby won 5-0 at Foxdale, courtesy of goals from Chris McKenna, Rob Weaver, James Collett and Marty Moore (two).

A Jamie Moffitt double and goals from Kevin Pulman and Kieran Quinn booked their place in the first round with Jamie Stoy scoring one in each half for Corinthians.

Ayre United won well at the Police with a 5-0 triumph, thanks to goals from Tony Corlett (two), Martin Torr, Mark Teare and Jason Craine.

Laxey eased into the first round at the Division Two’s bottom club but only after Ronaldsway took a shock lead.

Matty Wilshaw put the Rockets in front and they produced a spirited showing to hold Laxey to 1-1 at the break.

The Miners came through 5-1 in the end with Gary Williams, Ross Williamson (two) and Craig Taylor their marksmen. There was also an own goal.

Anthony Moore led the way with a double as St John's eased past Northern Athletic 7-1 at Mullen-e-Cloie.

The visitors were on target with an own goal.