Nomads push ahead in Manx Shield 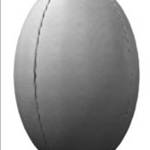 PDMS Southern Nomads moved ominously clear at the top of the Shimmin Wilson Manx Shield when they beat their own second team Emerging Nomads 74-3 at King Williams College.

Rob Keelan was the star of the afternoon with a hat-trick of tries.

Western Vikings picked up another win and moved into third place in the standings when they beat Castletown 12-10 at Poulsom Park.

Chris Williamson and Joe Whitelegg both crossed for Vikings with the decisive score a conversion from the boot of Mark Venables.

There was a corker of a game at Mooragh Park where Douglas B won 37-36 and climbed into second place in the table.

Ramsey B led 17-12 at half-time with tries from Mikey Craine and Andy Gale, plus two conversions and a penalty for Craine cancelling out Douglas’ early lead.

Douglas just edged the second half though with Sam Peel, Carl Conroy, and Adam Howarth (two) all picking up tries.

The crucial score was a Peel drop goal.

Ramsey picked up second half tries from Orry Watterson, Gale and Craine but they just weren’t enough.