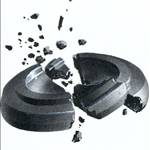 Shooting in the first of three squads Walton showed his determination to retain the trophy.

After an early miss, he looked like starting with an excellent 24 but he missed his last target out to finish on 23.

With the marker set by Walton and Kelly, two of the Island’s top trap shooters in the form of Neil Parsons and Trevor Boyles, took to the stands in squad three, knowing that they couldn’t afford too many slip-ups.

Responding well to the pressure, they too shot 23s making a four way tie after the first round.

Twenty-twos in round two by Kelly and Parsons kept them in pole, Boyles one adrift with 21.

An uncharacteristic 18 by Walton left him with a hill to climb, and Olympic Skeet shooter Glenn Catlin’s 22 lifted him to joint fourth.

Twenty-three still seemed to be the magic number, with Boyles, Parsons and Walton all hitting this score, Catlin maintained his form with another 22 whilst Kelly slipped a little to 21.

The top four places in the final were all taken by established trap shooters, but Olympic Skeet shooters Glenn Catlin and Nigel Kelly squeezed some of the more experienced trap shooters out of the final.

The lure of the golf course was too much for Boyles, and although he was only one adrift of Parsons, he chose not to shoot in the final.

With it being a single barrel affair, the championship was still up for grabs, with anyone of the five remaining finalists capable of winning it with a decent round.

The finalists shoot in order of their ranking with the lowest going first, it soon became apparent that Walton was eroding Parsons lead, and although trying to concentrate on his own game Parsons was nervously watching the score board.

In the end, Parsons had one target left; hit it and he was champion, miss and it was a sudden death shoot-off.

As the last target shattered, he let out a victory cry, part elation and part relief and there was a new name on the trophy.