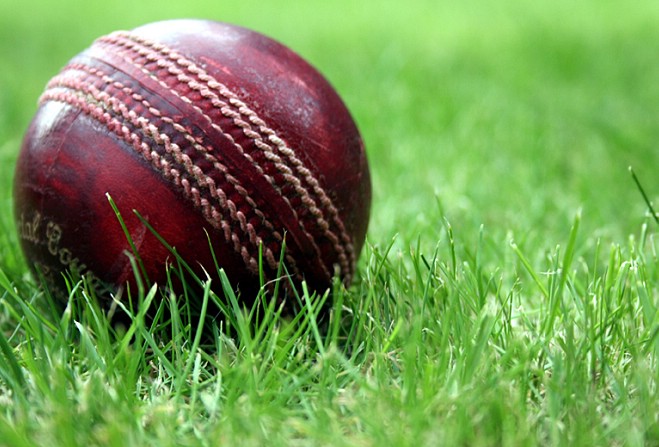 Peel & St John’s kept their lead at the top of the Isle of Man Premiership on Saturday, when they beat Ramsey by 46 runs.

The Saints made 246, with Chris Hawke hitting 45 and Daniel Dickinson 44.

In reply Ramsey had an opening stand of 54, before Rob Webber was caught and bowled by Akkie van den Berg for 24.

James Harrison scored 38 and Tom Howard 26 as the northerners ended on 200 – their highest total of the season.

Second-placed Cronkbourne kept up the pressure on the leaders with a nine-wicket win at Crosby.

The Marown side recovered from 8 for 2 with a near-century stand between Drew Buxton and Chris Langford.

Cronkbourne knocked off the runs for the loss of only one wicket – Sam Mills hit 70 and Max Stokoe 69.

Castletown remain in third place after a close win over IOM Schools.

Opener Seb Hopkins guided the Town from a perilous 39 for 3 to 110 with an excellent innings of 64.

The side were dismissed for 149, with Ben Haworth taking 4 -27 and Steve Cope’s eight overs costing only seven runs.

Francois Visser rocked the Scholars by clean bowling three of their top order.

The side were in deep trouble at 14 for 4 after only three overs, but Mark Williams and skipper Simon Beard rebuilt the innings.

Then Visser returned to get his fourth wicket and the Scholars were dismissed for 129.