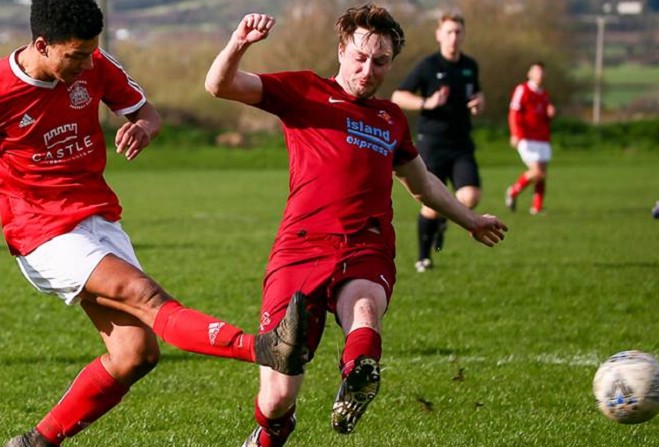 Only two Manx football matches survived the weather this weekend as persistent, heavy rain on Friday led to most games being called off.

An FPI FA Cup quarter-final tie and an important game towards the bottom of the Canada Life Premier League were the only fixtures to go ahead.

JCK Limited Division Two leaders Pulrose weren't able to cause a shock when they travelled to face top flight title challengers Peel in the cup.

Lee Gale opened the scoring from the penalty spot, before two goals from Tom Wood ensured the westerners led 3-0 at the interval.

Steve Falconer's side didn't relent in the second period, with Kerron Christian adding a fourth after the restart.

An own goal stretched Peel's advantage before Gale rounded off the win with his second and confirm his team's name in the semi-final draw.

In the day's only league match to go ahead, Marown fought back from a goal down to seal all three points against Castletown at The Stadium.

The highly-rated Jack Camarda had given Town the lead, but Ashley Higginbotham restored parity before Matt McQuarrie scored a second-half winner.