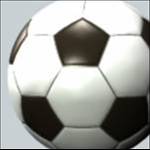 Peel moved up to second in Sure Mobile Premier League when they won 6-2 at Corinthians while Old Boys went down 3-1 at home to Laxey. League leaders St George's didn't play.

It was 1-1 after 45 minutes at Noble's Park, but the westerners showed their class in the second half to finish easy winners. The men on target for Peel were Island international Kevin Megson, with two, Gary Christian, Rob Cottier and Mark Kelly. There was an own goal from Paul Healey and Stevie Glover got both the goals for Corinthians.

Old Boys took the lead in their game, through Sean Gavin, but two strikes from Lee Cowley and a controversial penalty, converted by Justin Hawley, secured Laxey the points.

Bottom of the table St John's fought hard for a deserved point at home to Ayre. Johnny Cowley gave Ayre a second half advantage, but junior Island international Anthony Moore made it honours even at the end.

The match between St Mary's and Gymns was postponed because of a water-logged pitch at the Bowl.

Colby made it 13 straight wins at the top of CFS Division Two, with a comfortable 4-1 win away to fourth place Police. It was 2-0 at half-time and the scorers for the southern side were Josh Kelly, with two, James Caine and Mark Barron.

Second placed Michael didn't play which enabled Pulrose to close the gap between themselves and the westerners to a single point, when they put five past Ramsey Youth Centre, without reply. Prolific strikers Dave Skillen and Barry English grabbed a couple of goals each and Jamie Devereau completed the scoring.

Onchan moved ahead of Braddan into sixth place when they beat them 6-2. The players on target for Onchan were Greg Hoskisson, Mark Wolfenden and Danny Bentham, with three, two and one goals respectively. David Kinrade hit both goals for Braddan.

Bottom of the table Douglas & District lost 2-0 away to Foxdale, who were three places above them in the table. The goals came from Cliffy Keyes and Colin Quirk.

Malew won 2-1 at Marown, with all three goals coming in the second half.