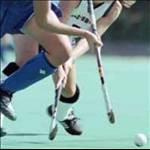 Peel underlined their intentions in emphatic fashion with a memorable 6-2 win at St Mary’s on Saturday.

The westerners blew away their title rivals at the Bowl and, with Old Boys sealing a surprise 2-1 win at home to champions St George’s, Peel are now favourites for the Sure Mobile Premier League.

Kerron Christian scored the only goal of a close first half just before the break and Peel then produced a second half super show in which Christian added his second, Neil Birchenough grabbed a double of his own and Juan Killip and Callum Gallagher also found the net in the thrashing.

Steven Priestnal and Marc Priestnal pulled goals back for the hosts in the closing 18 minutes but it was no consolation on a day in which the only disappointment for Peel was a suspected broken ankle sustained by Steve Corkill.

There was more drama at Blackberry Lane where Old Boys recorded a memorable triumph against St George’s, courtesy of second half goals from Callum and Craig Stewart.

Callum Morrissey was the Geordies’ marksman but it was Old Boys’ day.

Rushen moved closer to Railway Cup qualification with a 4-2 win at Michael.

Aaron Hawley, Neil Curphey and Paul Jones, plus an early own goal, secured the points.

Union Mills returned to winning ways with a super 3-1 win at home to Laxey.

Carl Dobbin, Sam Cain and Mike Nash were the scorers for the Merry Millers.