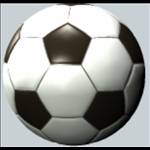 The top two in CFS Division Two couldn’t be separated on Saturday.

Leaders St John’s had their 100 per cent record ended by Castletown in a 1-1 draw at Mullen-e-Cloie.

Andy Moore had given St John’s a half-time lead but Lee Davenport struck a deserved equaliser for Town.

Dave Skillen was again the star of the show with four goals as another of the championship contenders, Pulrose, demolished the Police 10-0.

Douglas and District are celebrating after their first win of the season, a 2-0 home success over Northern Athletic.

That result, coupled with events at Braddan, means Ronaldsway are now bottom.

Despite goals from Dwayne Dawson and Mark Wilkinson, the Rockets were beaten 7-2.

Braddan’s marksmen were regular scorer Michael Shimmin who hit four and was joined on the scoresheet by James Ramsey, Lee Ramsden and Paul Ramsden.

Ramsey Youth Centre’s impressive start to the season continued as they drew 3-3 at Onchan.

Martin Murphy continued his fine form with a double with Andy Black grabbing the other.

Andy Hill and Neil Cain, plus an own goal, earned Onchan a point.

It was also a point apiece at Noble’s Park as Douglas Royal and Malew drew 1-1.

Chris Anderson was the Royal scorer in the second half and he was later sent-off.