On Air Night Flight | Midnight - 5:00am
Pink Floyd - On The Turning Away Download 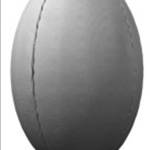 A last-gasp goal from Michael Dawson secured a 1-0 win at spirited Onchan to keep them on the heels of Castletown and St John’s.

Leaders Town won well at Douglas Royal, thanks to a hat-trick from Alex Crawley.

Ashley Sansbury and Jack Charmer grabbed the others in a 5-2 success with Lee Astin scoring the Royal consolation - his first goal for the club.

St John's remain second with games in hand after a 5-1 home win over the Police.

Marown stay in third after a 7-1 win against bottom club Ronaldsway, secured by doubles from Paul Bratty and Jeremy Lovett, and one each from Paul Dunn. Ricky Lovett and Luke Wosser.

Malew were 5-0 winners over Northern Athletic, courtesy of a Craige Marsh double and goals from Louie Jennings, Erin Collister and Steve Proudlove.