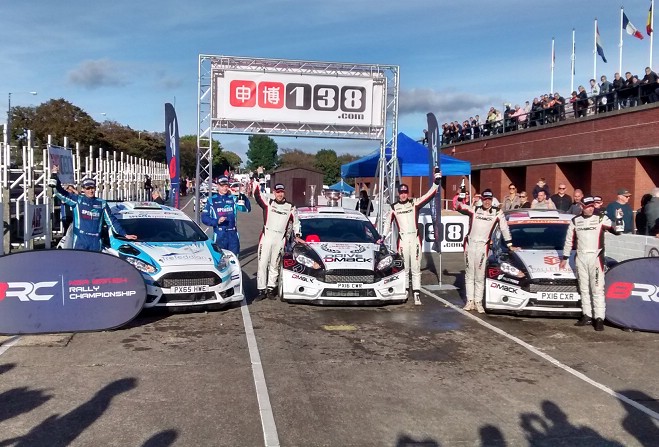 There was drama to the end as British rally champion Elfyn Evans won the event.

He and co-driver Craig Parry saw off the challenge of Mark Higgins – bidding for a sixth Rally Isle of Man title – to take the honours, finishing 5.9 seconds ahead of Higgins and Darren Garrod with Tom Cave and James Morgan in third and Irishman Desi Henry and Liam Moynihan in fourth.

Evans and Higgins spoke to Chris Boyde at the finish line:

In the Classicagh category, reigning MSA British Historic Champions Jason Pritchard/Phil Clarke helped their defence of the title by scoring maximum points on each of the available days en route to category victory.

Will Onions/Jamie Edwards were in the vanguard throughout and inherited second place when Ryan Barret/Paul McCann hit oil cooler issues and were forced out two stages from the end.

Meirion Evans/iestyn Williams crashed their MkII Ford Escort out of the lead of the National category on the second stage of the day, as Donnie MacDonald/Andrew Falconer claimed a lead that they held to the end.