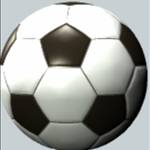 Douglas Royal, four-times winners of the Floodlit Cup, kicked off this season’s competition with an 11-1 win against Castletown on Sunday.

The southern consolation came via a Kira Buchan effort.

There were two goals in each half with Sammie MacDonald, Lauren Millar, Mia Brigantova and Alannah Hall on target for the Tromode outfit.

In the only league match played, Colby defeated Laxey 15-2.

The Miners’ reply came via a Rhiannon Brew brace.