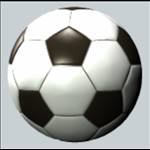 Douglas Royal reached the quarter-finals of the JCK Ltd Junior Cup after knocking out Combination One side Ramsey on Saturday.

Graham Gawne gave Royal an early lead and, although Craig Dalton equalised for Ramsey in the second half, it was Combination Two Royal who triumphed.

Brian Jago grabbed the winner with an impressive long-range effort and Ramsey’s frustration was compounded when Darren Horisk was sent-off late on for a professional foul.

After a goalless first half, Jamie Foy, Max Perry, John Poolley and Dan Hattersley found the net to seal a quarter-final tie at home to Pulrose.

League champions Rushen are still on course for a league and cup double but they were pushed hard by Michael.

The southerners triumphed 4-2 at home, courtesy of goals from Danny Oates, Dickie Corrin, a Furo Davies penalty and Andrew Moody.

Matthew Brand and Danny Chalk were on target for Michael.

There was an exciting contest at Noble’s Park where St Mary’s edged out Corinthians in an eight-goal tie.

Doubles from Liam Doyle and Jack Varey and one from Brian Crellin fired the Saints to victory to end the challenge of a spirited Corinthians who led twice.

Their marksmen were Simon Nicol, Greg Taylor and an own goal.

Darren Hudgeon was the star of the show as St George's won 7-0 at Onchan.

He hit four with Nick Bass, Craig Riley and Ali Morris netting the others.

Ronaldsway put up a good fight against Pulrose but it was the home side who emerged 5-4 winners.

A double from Spencer Bell, plus one each from Aaron Raby, Carl Kelch and John Glover, secured the victory.

Peel won 4-2 at battling Ayre to book their place in the last eight.

A Ryan Holdaway double and one each from Kenny Walker and Chris Looney ensured the westerners’ passage with Darren Faragher and Gordon Hewison scoring for battling Ayre in the second half.

Marown were too strong for Northern Athletic.

They won 9-1 with Bobby Jones and Paul Postlewaithe both scoring twice. Tony Boland, Neil Gibson, Steven Hinds and Jamie Joughin were among the other scorers.