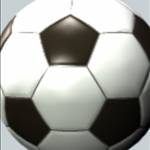 Douglas Royal are in the final of the GH Corlett Woods Cup.

They won a dramatic penalty shoot-out to knock out Division Two leaders Marown on Saturday.

The sides had shared four goals during 120 minutes before it went to spot-kicks where Aaron Quinn was the hero - scoring one and saving two as Royal triumphed 5-4 on penalties.

In JCK Division Two, the side vying with Royal for a Gold Cup spot, did their chances no harm at all.

Liam Cannan, Andrew Chadwick (two), Stuart Morris and Nick Cawte were the scorers as Foxdale saw off bottom club Ronaldsway 5-1, although there was a win for a southern club as Colby emerged 5-2 winners over Douglas and District.

Steve Kelly (two), Chris McKenna, Jack Sneedle and an own goal led to their victory.

There was an exciting contest at Victoria Road as Braddan and the Police shared six goals.