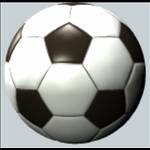 Old Boys’ 100 per cent start to life back in the top flight continued on Saturday, while Rushen secured an impressive victory over Laxey and Douglas Royal dealt St Mary’s title hopes a potentially major blow.

Royal sealed one of the results of the season, seeing off a depleted St Mary’s side 3-2 at the Bowl.

Royal made a storming start and led 3-0 at one stage with goals from Johnny Baker, Craig Taylor and Chris Anderson.

Lee Dixon and Peter Langridge were the Saints’ scorers but Royal withstood the fightback and took the points.

Rushen repeated the scoreline with an impressive victory over Laxey at Croit Lowey - Aaron Hawley, Chris McKenna and Mark Haywood the men on target for the southerners.

Old Boys remain top of the Sure Mobile Premier League after a 3-1 win at Ramsey, courtesy of goals from Callum Stewart, Craig Stewart and an own goal.

The only other side with a 100 per cent record, reigning champions St George’s, showed their quality yet again, overturning a half-time deficit to win 5-1 at St John’s.

Wayne Lisy fired the home side into a surprise interval lead but the Geordies ran riot in the second half thanks to goals from Martin Torr, Chris Bass junior (two) and promising youngsters Jack McVeigh and Kane Ridings.

Ciaran McNulty was the hat-trick hero as Gymns edged out Ayre United 5-4 in a nine goal thriller at Tromode.

Neil Teare and Jonathan Broad grabbed the others for the home side with James Teare, Paul Kennish, Jason Craine and Harry Weatherill all finding the net for Ayre, who would have been disappointed to score four away from home and still lose.

In the division’s remaining game, Union Mills won an important three points in style, 4-1 at home to newly promoted Corinthians.

Goals from Dean France (two), David Hicks and Martin Gildea lifted the Millers up to third.

Steven Glover scored the consolation for Corinthians, who have yet to earn a point.