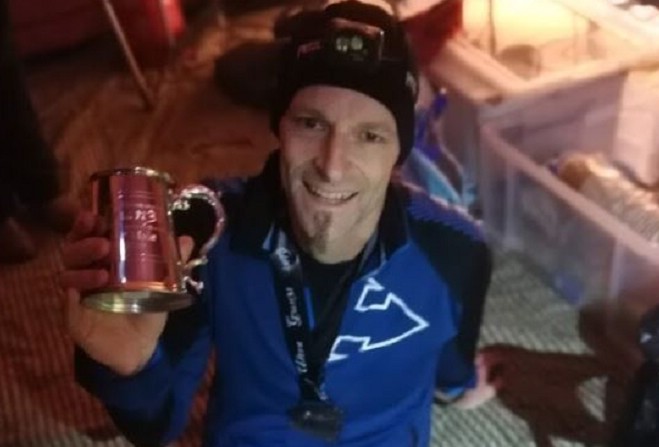 Ultra-runner Ben Scott has been recovering after a gruelling race at the weekend, in which he managed to finish second.

He took part in the GUN31 ultramarathon in Guernsey, which saw competitors tackle a 28-mile out-and-back course featuring 9,900ft of ascent in total - at night.

Ben says the route was on a section of the island's coastal footpath and included innumerable steps, which contributed to Ben's legs going into, as he put it, 'utter meltdown'.

Despite cramp hitting every leg muscle at some point in the final six miles, he managed to power through to the finish, completing the race in 5:37, ten minutes behind Guernsey's Aivis Kergalvis.

Not bad for an old fart who hasn't raced since Easter '18. Massive thanks to @drrobgilbert for sorting my knee out in April...you said you'd get it working again! And to @Scottphysio who is fab! pic.twitter.com/Zj0zPj5mjT