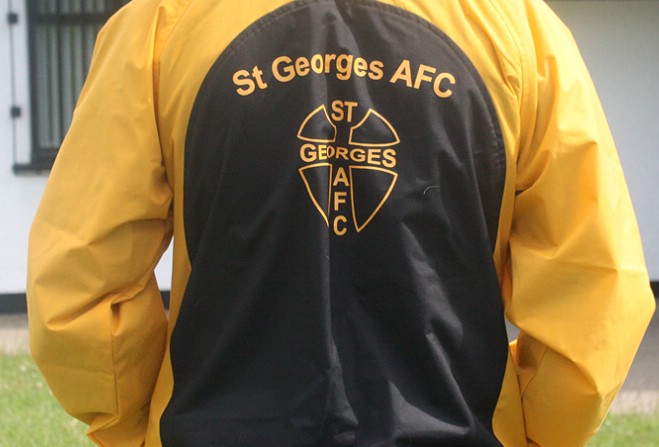 St George’s lay claim to being greatest ever Manx side

For the seventh successive season, St George’s are Manx football’s top team – and arguably the greatest ever in the history of the local game.

They proved once again they are the dominant force after thrashing the only side to have defeated them this season, Corinthians, 7-0 at Ballafletcher.

It secured a seventh successive Canada Life Premier League title and ensured the Geordies surpassed the record of six straight Manx league championships they had jointly held with the great Peel side of the 1970s.

Fittingly, skipper Frank Jones had the final say on a day Chris Bass’ side re-wrote another chapter in the Manx football history books.

Incredibly, this is their 12th title success in just 14 years!

Callum Morrissey, a key figure in all of those triumphs, had the first word at Ballafletcher, opening the scoring with a deflected strike before adding the sixth.

Joey Morling and Ciaran McNulty ensured the champagne was on ice by half-time before Morling grabbed his second after the break and then won a penalty which Chris Bass junior converted.