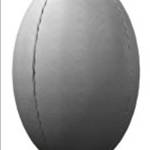 Despite not having played for a month, Southern Nomads retained the Shimmin Wilson Manx Shield when their closest rivals Vagabonds B lost out 22-7 to Douglas B.

Vagas needed to win the game to send the shield into a play-off with Nomads but they were caught napping after just 30 seconds when Guy Wood ran in under the posts virtually unopposed and added the conversion.

Vagas hit back through Ryan Windell and a conversion from Michael Oates.

A Richard Bell try, plus a conversion and a penalty from man of the match Wood, left Douglas with a 17-7 half time lead.

Vagas were unable to force their way through a dogged Douglas defence in the second half and, as they pressed hard in attack, they left themselves vulnerable in defence and Ady Shimmin slipped in to seal the game for Douglas.