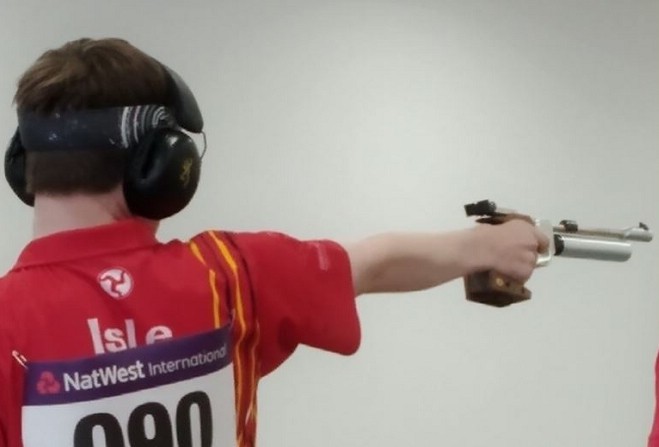 Brother and sister re-selected together

A local brother-sister duo has been chosen for the 2020/21 British Shooting Pistol Talent Pathway. And not for the first time.

Kathryn and Joshua Holden are the shooting stars selected.

Participation in the Talent Pathway normally requires the Manx athletes to attend training weekends in England with British Shooting coaches every six weeks.

However, under the current circumstances with the Island's borders, the two Ballakermeen students will be put through a programme of virtual training with other British competitors instead.

The first session is due to take place next month.

Josh has been on British Shooting's programme for 2 years, with Kathryn first selected last year. In the 2019/20 competition season, Josh won himself a bronze medal at the Gibraltar Island Games in the men's air pistol pairs (partnering with father Nathan Holden).

Elsewhere, Kathryn came third in the Scottish Championships earlier this year in March in the women's U21s air pistol competition.