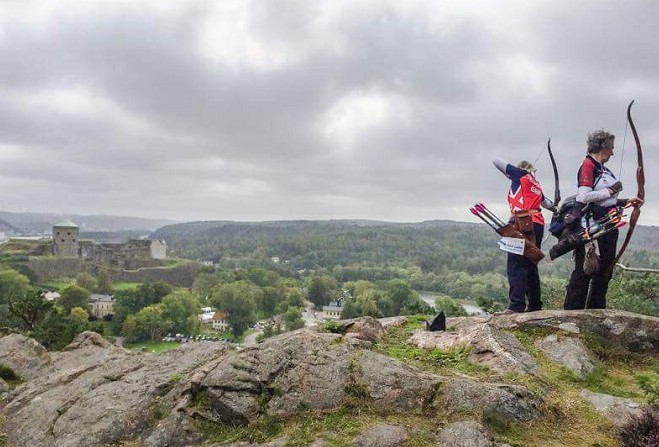 Isle of Man archer Lesley Sleight has just returned from competing for Great Britain at the 2018 European 3D Championships held in Gothenburg, Sweden.

Great Britain sent an 18-strong team to the championships and Lesley was one of 11 of them to make it through the qualification round.

She was 22nd after qualification just making the cut.

In the elimination round, though, she suffered a bout of target panic and lost to Austrian Erika Siberer, which meant she finished 22nd.

This year a new elimination format made its debut with the qualifying archers entering a 'shoot up'.

Lesley said the pressure was just too much for her, adding she was disappointed with how she shot over the three days.

She says she's not had to shoot under such pressure before, and plans to work with a psychologist to become a lot stronger mentally.