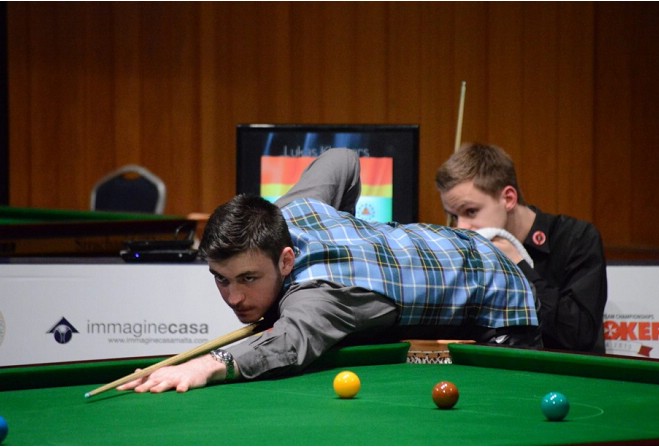 The Island’s professional snooker player, Darryl Hill, is making steady progress since joining the world’s elite players on the main tour, breaking into the top 100 earlier this week.

The 19-year-old, who gained his professional ticket by winning the European under-21 championship in March this year, enjoyed one of his best wins in the International Championship by defeating world number 18 Robert Milkins 6-4.

The match was played at the Barnsley Metrodome and with that victory, Hill then qualified for the final stages of the tournament, held last week in Daqing, China.

Hill’s good run has seen him to rise 21 places in the world rankings, to number 96, just four months after starting his professional career.

Next for the Manx player is the fourth event of the European tour in Bulgaria this weekend, where he will play world number 66 Peter Lines.

Hill will also be competing in the second-biggest tournament of the season, the UK Championship, which is being held at the Barbican Centre in York later this month.