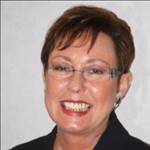 Champions St George’s strengthened their grip on the Sure Mobile Premier League as Peel’s brilliant run of 19 straight wins finally came to an end.

The Geordies have been out in front all season but a superb run from the westerners had forced them into outside contention should the leaders slip up.

However, their aspirations virtually ended on Saturday as Gymns, who had pushed St George’s so close in the FA Cup a week earlier, produced another excellent display to draw 2-2 at Douglas Road.

But Nick Bowden had the final word for impressive Gymns as the westerners were finally held.

St George’s took full advantage with a 4-2 home win over Corinthians but the visitors – who shocked St George’s in the league earlier in the season - deserve credit for another spirited showing.

Chris Feeney, Chris Bass junior and a James McStay penalty had put the Geordies into a commanding 3-0 lead until Corinthians had ideas of their own with Steven Glover and Jamie Stoy reducing the arrears with two quick goals before half-time.

Yet, as so often this season, Island international Callum Morrissey settled the outcome in the second half to put the Geordies even more firmly in the title driving seat.

At the bottom, St Johns’ stay in the top flight is all but over as Ramsey almost certainly secured their own safety with a 3-2 win at Mullen-e-Cloie.

Danny Oram broke western hearts with the winner after they had fought back from 2-0 down to draw level with goals from Liam Harrison and Cliffy Dunn.

Ashley Webster and Oram, with his first, had put Ramsey in front.

And it was a similar story as they produced a battling performance and led at one stage only to go down by the same scoreline at home to Old Boys.

Goals from Gary Quirk, Darren Hudgeon, and an own goal, sealed the points as Old Boys’ fine season continued.

Johnny Baker scored both for Royal.

Jack Saxon had given Rushen an interval lead only for Collister to make a dream debut and gain a good point for the Millers.

Ayre United’s struggle continued as they were beaten 5-1 at Laxey.

A double from Lee Cowley and goals from Michael Fernandez, Neil Brogan and a Johnny Callow penalty meant Jason Craine’s reply for Ayre was a consolation.