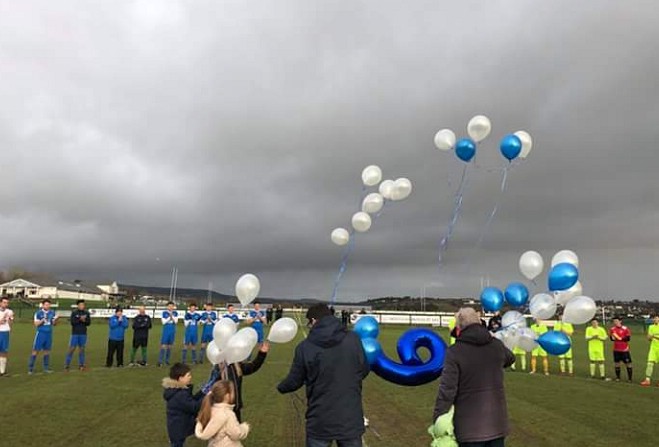 Hopes Joey Morling injury not as serious as feared

The champions are back on track in Manx football.

St George’s saw off rivals St Mary’s in a Canada Life Premier League thriller at the Bowl, twice coming from behind before running out clear winners after the hosts had been reduced to 10 men early in the second half.

However, the 6-3 Geordies victory was marred by an injury to wing wizard Joey Morling late on, although it is not a suspected broken leg as first feared.

St Mary’s hit back when their main man, Steven Priestnal, curled in a fine equaliser from outside the box.

The goal sparked confidence in the home ranks and Jordan Crawley coolly finished to put the Saints in front.

The end-to-end goal glut continued as Karl Clark headed past his own goalkeeper only for player-manager Alex Harrison to power home a header of his own to put St Mary’s back in front.

Just when it looked like they would hold a half-time advantage, Davies grabbed his second with a superb volley from the edge of the box.

It proved a key moment, as did the dismissal of James Murphy, who was shown a second yellow card after the break and St George’s took full advantage.

Davies completed his hat-trick with another excellent finish, moments after another strike was ruled not to have crossed the line.

Skipper Frank Jones buried a half volley into the top corner and Ciaran McNulty completed the scoring by converting a Davies cross, although the result was marred by what looked a very bad injury to Morling.

Rick Holden’s side won 2-1, thanks to a goal in each half from Reece Oates and Harry Rothwell.

Steve Riding rifled in a free-kick for the hosts who had plenty of possession in a fairly bad tempered game but could not prevent a fine win for the Johnners.

Corinthians remain on top after a 7-2 victory over neighbours Douglas Royal.

On the day the clubs remembered former Royal player Jamie Carr (also a Corinthians junior) – on the weekend he would have celebrated his 32nd birthday – there was a closely contested first half before Corinthians ran clear in the second period.

A Sean Doyle hat-trick led the way and there were also goals from Steven Whitley, Danny Gerard, Sam Black and Dan Simpson.

Corinthians stay ahead on goal difference from Peel who won 6-0 at Laxey, courtesy of Matthew Skillicorn (two), Lee Gale (two, one penalty), Shaun Kelly and an own goal.

Darren Hudgeon was twice on target to fire Old Boys to a 2-1 success at Douglas Athletic.

Martin Cowan pulled one back for Athletic but Old Boys emerged victorious.

The clash of the bottom two ended all square – in truth, a result that doesn’t much help either side.

Nick White scored twice for the northerners as Ramsey and Colby ended 2-2 at Ballacloan.